For most men, a change in diet will not cure erectile dysfunction… but it can help to lessen the symptoms and the progression of ED1.

The most common cause of ED is cardio-vascular problems (see our article on Causes of Erectile Dysfunction). In these cases, improving your circulation with a heart-healthy diet can certainly lessen the effects of ED.   Note that diet will not help with non-vascular causes of ED, such as nerve damage or venous leaks.

Most physicians recommend plenty of exercise, and a Mediterranean diet.  If you are not accustomed to regular exercise, talk to your doctor to be sure your heart is healthy enough, and to plan an exercise program to get you started.

Note that diet and exercise can also play a role in treating low testosterone levels.

The Mediterranean Diet for Erectile Dysfunction

The Mediterranean diet is a heart-healthy and tasty way to eat, and it has been shown to help men with erectile dysfunction2.  Studies have also shown that the diet can alleviate depression…  which itself can be a cause of ED3.

The basics of the Mediterranean diet are simple:

It can be hard to change your cooking habits, so try some of the recipes features on The Food Network, All Recipes, Eating Well, and other sites.

If you search the Internet, you’ll find lists of specific foods that are supposed to be good for erectile dysfunction.  We’ve researched this topic extensively, searching databases of clinical studies, and found no evidence that these foods provide significant benefits from men with ED.  (We suspect that most of the sites on the web are simply copying lists from one another.)

To clarify this, many of these foods are heart-healthy and beneficial, but there is no evidence that they actually have significant benefits for men with ED.

For example, you’ll often hear that watermelon is a great remedy for ED.  This belief seems to come from a study done in 20075, which showed that consuming watermelon could raised levels of L-arginine in the bloodstream.  L-arginine is used in the production of nitric oxide (NO), which is a key to healthy erections (see our article, “How Do Erections Work“).  However, the study did not show that consuming watermelon actually improved erections.  Also, the subjects consumed the equivalent of three eight-ounce glasses of watermelon juice per day!

Nevertheless, there is no harm in adding these foods to a heart-healthy Mediterranean diet, so we’ve included the list below:

Flavinoids have been linked directly to improved circulation, and a small reduction in the incidence of ED6.  However, the processing used to produce commercial chocolate removes most of the flavinoids7.  The reduced flavinoids,  and added sugar and fat can make dark chocolate a less-the-healthy choice8.

Garlic contains allicin, a substance that may improve circulation and reduce hypertension.  A study in 20139 found that  S‐allyl cysteine,  a chemical derived from garlic, improved erectile dysfunction.  But garlic actually contains very little of this chemical, so it’s not an effective treatment for ED.

A study10 found that honey improved the erectile function in rats exposed to cigarette smoke by countering some of the toxic affects of tobacco.  A far better solution is to stop smoking!

Leafy Greens (celery, spinach, kale) and beets may increase circulation because of their high concentration of nitrates. Nitrates are vasodilators, which means they open up blood vessels and increase blood flow.

A 2018 cohort study from the University of Athens found that Greek men who followed a Mediterranean diet, and consumed 9 tablespoons of olive oil per week, were approximately 40% less likely to develop erectile dysfunction11.

Both contain high concentrations of lycopene, which improves circulation.  There is no direct evidence that this improves ED.

A study in 2011 concluded that eating three to four ounces of pistachio nuts per day improved ED12.  However, there was no control group in the study, so the improvements may have been due to a placebo effect.

A study in 2007 suggested that pomegranate juice may help with ED13.  However, the study was small, and the results were not statistically significant.

Salmon and other Fatty Fish

Walnuts contain L-arginine, which is used in the production of nitric oxide.  However, most of the L-arginine is broken down during the digestive process, and little reaches the bloodstream.

As noted above, watermelon may raise levels of L-arginine in the bloodstream, and increase production of nitric oxides.  Watermelon is also rich in antioxidants.

As we’ve seen, there is little or no real evidence that various special foods will actually help with ED.  However, researchers have found one surprising exception:

A study found that men who consume the equivalent of 2-3 cups of coffee per day have a 39% lower incidence of erectile dysfunction than men who do not drink coffee14. Although the study showed a correlation between drinking coffee and  a lowered incidence of ED, it did not demonstrate a causative relationship.  Note that consuming larger amounts of coffee can raise stress and adrenaline levels, and can actually contribute to ED.

Book recommendations are chosen by our editorial staff. We will receive a small royalty if you purchase these books using our Buy at Amazon buttons. 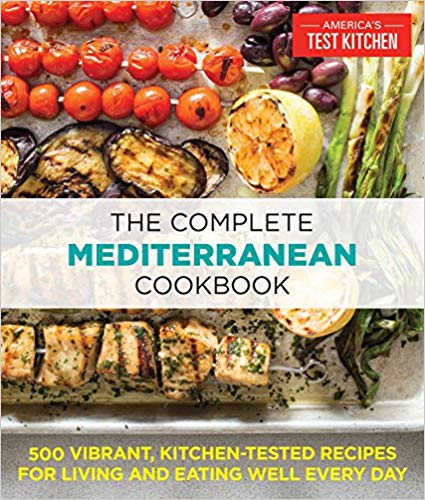 Bring the Mediterranean–from Italy and Greece, to Morocco and Egypt, to Turkey and Lebanon–into your kitchen with more than 500 fresh, flavorful recipes. This comprehensive cookbook translates the famously healthy Mediterranean diet for home cooks with a wide range of creative recipes, many fast enough to be made on a weeknight, using ingredients available at your local supermarket.

Any cookies that may not be particularly necessary for the website to function and is used specifically to collect user personal data via analytics, ads, other embedded contents are termed as non-necessary cookies. It is mandatory to procure user consent prior to running these cookies on your website.